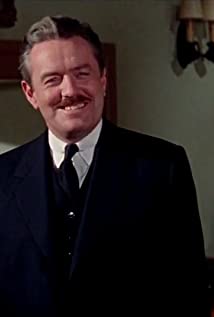 A ubiquitous presence during television's golden age, New York native Frank Maxwell stood out as a solid purveyor of quiet authority. Upon graduating from the University of Michigan, a prospective legal career had been on the cards. But those plans came to naught in the wake of a successful theatrical debut in "Macbeth" at the Ann Arbor Dramatic Festival. Wartime service as a navigator and bombardier with the 20th Air Force then put further ambitions temporarily on hold. After the war, Frank found himself blacklisted during the communist witch hunts of the McCarthy era and was forced to make ends meet by acting in summer stock and on radio. By the end of the 40's he had moved back to New York. In the course of the next few years -- now matured into a seasoned and versatile character player -- he began to make a name for himself with small roles in high-profile Broadway plays like "Death of a Salesman" and "Stalag 17". From 1951, he was also regularly featured on television, usually as gruff but benevolent army officers or police detectives. After appearing in a 1958 Los Angeles stage production of "Lonelyhearts", he was afforded the chance to reprise his role as the disabled husband of Maureen Stapleton in the 1959 film version.Raspy-voiced, of stocky built and and with that distinctive white streak of hair, Frank became one of the most recognisable (not to mention prolific) character actors of the 60's and 70's. Aside from guesting on almost every seminal television series of the era (among them Perry Mason (1957), Peter Gunn (1958), The Twilight Zone (1959), Rawhide (1959), Alfred Hitchcock Presents (1955) and The Fugitive (1963), he had recurring roles in The Felony Squad (1966) (as an L.A. police captain) and on the long-running daytime soap General Hospital (1963) (as administrator Dan Rooney). He was also a member of Roger Corman's stock company of players, prominently cast as the kindly Dr. Marinus Willet in the enjoyably campy The Haunted Palace (1963) and as a preacher in The Wild Angels (1966). For the better part, he remained typecast as tough, no-nonsense authority figures (as exemplified by his Detective Lieutenant McAllen in Mr. Majestyk (1974)).Behind the scenes, Frank Maxwell was a tireless campaigner and negotiator on behalf of Actor's Equity (as Vice President) and as National President of AFTRA (American Federation of Television and Radio Artists) from 1984 to 1989. His daughter, Chris Ann Maxwell, is Vice President of Legal Affairs at 20th Century Fox.

Wait Till Your Father Gets Home