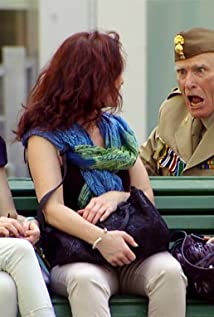 Frank Fontaine was born in Montreal and raised in New York State and England. He comes from an average dysfunctional family. He began his college education at Georgetown University in Washington D.C. but that came to an abrupt halt when he left for London and the Royal Academy of Dramatic Art. Since then, he has created more than a hundred characters on screen and stage. Some of his feature film credits include: The Covenant; The Last Kiss; Confessions of a Dangerous Mind; The Sum of all Fears; Where the Money Is; The Bone Collector and Two Summers. Among his television credits are: At the Hotel; The Reagans; Reedeemer; Indian Summer; Foreign Objects; Nurenberg; and Maurice Richard. On stage, he has played Samuel Beckett in Burnt Piano; Caesar in Julius Caesar; Malvolio in Twelfth Night; Henry in The Fantasticks; Norman in On Golden Pond; Charles in The Middle Ages; Frank Srang in Equus; Lord Brockhurst in The Boyfriend; and Von Strack in Amadeus.One of Frank's biggest assets is his bountiful energy, which allows him to venture into the unknown. He likes to play multi dimensional characters who defy type. Recently, he was asked what were the similarities between he and the character of Herbert Poppy he created in Two Summers. "Herbert and I met, became good friends; and often the case, we rubbed off on each other. Our identities became blurred. But, when the shooting was over, he went his way and I went mine", was Frank's reply. Trust plays a big part in this artist's life. "The more trustful I am of myself and specially of those around me on a project, the better my work becomes", he says.Frank Fontaine was a news reporter in Quebec City for CFCM (Tele 4) and CKMI 5 in the 1970's and 1980's. He is also a writer. His television and stage plays The Great Bergen, The Monster, The Great Symphonic Adventure, The Inquest and Others, have been produced by the CBC. He is a good storyteller and can create characters on the written page with as much ease as he does as the gifted character actor he is.

Journey to the Center of the Earth

The Greatest Game Ever Played