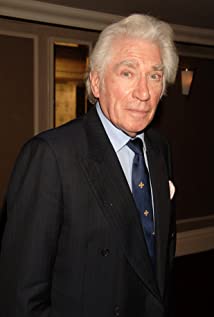 One of Britain's finest products of the stage, film and TV, actor Frank Finlay, he with the dark and handsomely serious-to-mordant looks, was born on August 6, 1926, in Farnworth, England, the son of Josiah, a butcher, and Margaret Finlay. Of English, Irish and Scottish descent, Frank attended St. Gregory the Great School and then was actually training to follow in his father's footsteps as a butcher himself when his side interest in acting eventually won out. He became a member of the Farnworth Little Theatre and met his future wife, Doreen Shepherd, a fellow member at the same time. They married in 1954, had three children (two sons, one daughter) and were married for over 50 years until her death in 2005.Finlay began his professional career on the repertory stage with roles in The Guilford Theatre Company's 1957 productions of "Jessica" and "The Telescope". Graduating from the Royal Academy of Dramatic Art (RADA), he built up a strong and sturdy theatrical reputation at the Royal Court Theatre between 1958 and 1960 where he was seen to good advantage in such plays as "Chicken Soup and Barley", "Sugar in the Morning", "Sergeant Musgrave's Dance", "Roots", "I'm Talking About Jerusalem", "The Happy Haven" and "Platonov". Making his Broadway debut in "The Epitaph of George Dillon" in 1959, he also sparked a noteworthy professional association with Laurence Olivier at the National Theatre, the highlight being his intense but subtle portrayal of "Iago" to Olivier's "Othello" in 1964.Marking his film debut in a bit role in The Loneliness of the Long Distance Runner (1962), Finlay sandwiched in a steady stream of British film parts (including Private Potter (1962), Doctor in Distress (1963), Agent 8 3/4 (1964), The Comedy Man (1964), A Study in Terror (1965) (as "Jack the Ripper" Inspector Lestrade), The Jokers (1967), The Deadly Bees (1966) and Robbery (1967)) in between theatre assignments. His greatest film opportunity occurred when he was given the right by Olivier to recreate his Iago role opposite the legendary actor in the masterful film adaptation of Othello (1965). Finlay, Maggie Smith (as "Desdemona") and Joyce Redman (as "Emilia") all received Oscar and Golden Globe nominations for their illustrious "supporting" work of Olivier (who was also Oscar nominated). Frank went on to nab a "Most Promising Newcomer" nomination from the BAFTA committee as well. To date, this has been the actor's only Oscar recognition.Frank, who had a dashing role as "Porthos" for director Richard Lester in the ripe Dumas adaptation of The Three Musketeers (1973) (and its sequels The Four Musketeers: Milady's Revenge (1974) and The Return of the Musketeers (1989)), has had primarily an international cinematic career. Films include The Shoes of the Fisherman (1968), Cromwell (1970), The Molly Maguires (1970), Shaft in Africa (1973), The Wild Geese (1978), Murder by Decree (1979) (again as "Inspector Lestrade"), The Return of the Soldier (1982), The Key (1983) [The Key], Lifeforce (1985), Burning Shore (1991), So This Is Romance? (1997), Silent Cry (2002) and, most notably, the Oscar-winning WWII picture The Pianist (2002), directed by Roman Polanski, in which he portrayed the patriarch of a displaced Jewish family that included "Best Actor" son Adrien Brody.Classical television notice came in middle age with Frank's strong performances as "Jean Valjean" in the British TV mini-series Les Misérables (1967) and the title role in Casanova (1971). He also went on to win stellar praise and a BAFTA award for his chilling portrayal of "Adolf Hitler" in ITV Sunday Night Theatre: The Death of Adolf Hitler (1973). Finlay and Susan Penhaligon courted controversy in the drama series Bouquet of Barbed Wire (1976) and were reunited in further controversy the following year with its follow-up Another Bouquet (1977). More plentiful and prestigious BBC-TV work came with his roles as Shakespeare's "Brutus" and "Shylock", not to mention his award-winning performances as "Voltaire" and "Sancho Panza".In Count Dracula (1977), Finlay played "Van Helsing" to nemesis Louis Jourdan's velvety-voiced vampire; in A Christmas Carol (1984), he was the dour, shackled "Jacob Marley", who pays a ghostly visit to George C. Scott's crusty "Ebenezer Scrooge"; and in Eroica (2003), he portrayed composer "Franz Josef Haydn" alongside Ian Hart's "Beethoven" in the mini-series Eroica (2003). Frank ended his on-camera career gracing such programs as the mini-series Johnny and the Bomb (2006), Prime Suspect 7: The Final Act (2006) and Four Seasons (2008) and the TV series Life Begins (2004).Throughout his prolific career on TV and film, Frank has maintained on the stage giving sterling performances in classic and contemporary plays as in with "Much Ado About Nothing (as "Dogberry"), "The Crucible", "Saturday Sunday Monday", "Filumena", "Amadeus" (a most affecting Salieri), "Mutiny" (as "Captain Bligh"), "Beyond Reasonable Doubt" and as the rigid father in the 1992