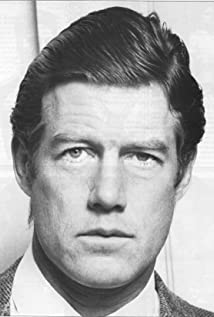 A brawny, firm-jawed, sandy-haired player of 60s and 70s primetime TV, Frank Converse seemed to be one of those handsome tough-guy action figures that could go by the wayside after the demise of their famous series. Instead, this stage-trained actor persevered as a well-respected, all-purpose character actor in a career that has now passed its fourth decade.Born on May 2, 1938 in St. Louis, Missouri, Frank received his early education at the Phillips Andover Academy in Andover, Massachusetts, and earned his BFA degree in drama in 1962 at the Carnegie Institute of Technology in Pittsburgh. In the 1960s he built up his Shakespearean resume with roles in "King Lear", "Caesar and Cleopatra", "Hamlet", "The Comedy of Errors", "Richard III", "Henry V" and "Much Ado About Nothing" before making his 1966 Broadway debut in "First One Asleep, Whistle", which closed that same day. By this time he had set his sights on film but it was strong-armed TV drama that made him a name.1967 was a banner year for Frank. Not only did he appear to good advantage in the films Hour of the Gun (1967) as Virgil Earp, and the Southern-baked melodrama Hurry Sundown (1967), he earned surprise stardom in his first TV vehicle Coronet Blue (1967). Probably best remembered for this short-lived series (filmed in 1965, but televised as a summer replacement series from May to September 1967), Converse played the very mysterious Michael Alden, who was roughed up and dumped unceremoniously into the New York harbor by would-be assassins. Left for dead and having lost his memory, the only key to his past are the code words "Coronet Blue". Although audiences never found out just what those words meant (the show ended abruptly and without a proper conclusion), they at least now knew the name Frank Converse.From there the actor ventured on (still in a New York City setting) with the police drama N.Y.P.D. (1967). He fared better this time around alongside co-stars Jack Warden and Robert Hooks as three plainclothes detectives tracking down the city's most virulent. This show lasted until 1969. His third and last major series co-starred burly trucker Claude Akins in the big-rig action-adventure Movin' On (1974). In all three series, Converse owned a quiet, reserved, somewhat detached quality that invited "mystery man" appeal. During this stage of his popularity he starred or co-starred in a number of mini-movies including Dr. Cook's Garden (1971) with Bing Crosby and Blythe Danner, A Tattered Web (1971), Great Performances: The Widowing of Mrs. Holroyd (1974), Killer on Board (1977), Cruise Into Terror (1978) and, most notably, Sergeant Matlovich vs. the U.S. Air Force (1978). He also guested on such popular 70s shows as "The Mod Squad", "Medical Center", "Police Story", "Rhoda" "The Love Boat", "Baa Baa Black Sheep" and "The Bionic Woman". Despite his hectic TV schedule, he continued to return to his theater roots appearing in the original cast of John Guares bizarre black comedy "The House of Blue Leaves" (1971) and earning challenging parts in "The Seagull" in 1973 and "Hobson's Choice" in 1977.Having achieved semi-hunk status as a result of his trio of series work, Frank could have easily drifted away by decade's end. Instead he continued to impressed on the stage. In the 1980s he made a strong return to Broadway opposite Blythe Danner in "The Philadelphia Story" (1980) and later appeared as Mitch opposite Danner's Blanche DuBois in "A Streetcar Named Desire" (1988). Other 80s Broadway shows included "Brothers (1983) and "Design for Living" (1984), the latter in which he replaced actor Frank Langella. Other productions around the country included that of "The Crucible", "Death of a Salesman", "A Man for All Seasons", "Misalliance", "The Shadow Box", "Two for the Seesaw" and even the musical "South Pacific".On the TV/film front, Frank showed up in stalwart character form on a number of daytime soaps during the 1980s ("One Life to Live") and the 1990s ("As the World Turns", "All My Children"). A return to series TV with The Family Tree (1983) and Dolphin Cove (1989) were again very short-lived. More recently he showed up on stage as Doc Gibb in "Our Town", which starred Paul Newman and was later televised, and has been a guest star on such shows as "Law & Order". He has been married to his third wife, Tony-nominated stage actress Maureen Anderman, since 1982. They have two children along with his two children from a previous marriage.