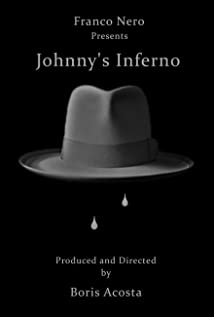 Blue-eyed and well-built Italian actor in international cinema, Franco Nero, was a painting photographer when he was discovered as an actor by director John Huston. He has since appeared in more than 200 movies around the world, working with Europe's top directors, such as Luis Buñuel, Rainer Werner Fassbinder, Claude Chabrol, Sergey Bondarchuk, Michael Cacoyannis, Elio Petri, Marco Bellocchio, Enzo G. Castellari, among many others.Nero was born in Parma (Northern Italy), in the family of a strict police sergeant. His inclination for acting had already become obvious in his teenage years, when he began organizing and participating in student plays. After a short stint at a leading theater school, he moved to Rome, where he joined a small group of friends for the purpose of making documentaries. Still unsure of his ultimate vocation, he worked various jobs on the crew. He studied economics and trade in Milan University, and appeared in popular Italian photo-novels. This gave him a chance to gain a little role in Carlo Lizzani's La Celestina P... R... (1965).A year later, the handsome face of Nero was noticed by Huston, who chose him for the role of "Abel" in The Bible: In the Beginning... (1966) (aka La Bibbia). But success came after he got the role of the lonely gunfighter, dragging a coffin, in one of the best spaghetti-westerns; Sergio Corbucci's Django (1966). Nero then filmed a few other westerns of that style as Ferdinando Baldi's Texas, Adios (1966) and Lucio Fulci's Massacre Time (1966).In 1967, Joshua Logan cast him in the film version of the musical Camelot (1967) (Warner Bros.), opposite Vanessa Redgrave, for which he was nominated for a Golden Globe award. During filming of Camelot, he met actress Vanessa Redgrave, who become his long-time partner (they married decades later). He played with Catherine Deneuve in Luis Buñuel's Tristana (1970) and was directed by Sergey Bondarchuk in the war drama The Battle of Neretva (1969). Later, director Bondarchuk cast Nero for the role of famous American reporter "John Reed" in two-part "Krasnye kolokola II" (1982). In the late 60s and during the 70s, Nero played many different roles, but most of them connected with political and criminal genre, which criticized the Italian justice system.In the early 80s, Nero was chosen for the role of the white ninja, "Cole", in Enter the Ninja (1981) and in 1990 as terrorist "Gen. Esperanza", opposite Bruce Willis, in Renny Harlin's Die Hard 2 (1990). He has also payed the roles of leading national heroes, such as "Garibaldi" (Italy), "Arpad" (Hungary), and "Banovic Strahinja" (Yugoslavia). In the USA, he has been in successful mini-series, such as "The Pirate" (Warner Bros), "The Last Days of Pompeii" (CBS), "Young Catherine" (TNT), "Bella Mafia" (CBS), "The Painted Lady", "Saint Augustine", and movies such as "The Legend of Valentino", "21 Hours to Munich", "Force 10 from Navarone", "Enter the Ninja", "The Versace Murder", and Letters to Juliet (2010).He worked with the top European directors from Carlo Lizzani, Damiano Damiani, Luigi Zampa, Luis Buñuel, Elio Petri, Michael Cacoyannis, Rainer Werner Fassbinder, Claude Chabrol, 'Vatroslav Mimica', Marco Bellocchio, etc. At the beginning of the 80s, he also began producing, writing and directing. Between films, he participates in various theatrical events.Apart from his cinematographic work, Nero also works for charitable organizations. Over the last 45 years, he has been a benefactor of the Don Bosco orphanage in Tivoli. He has received many awards and, in 1992 for his artistic merits, a knighthood of the Italian Republic was bestowed on him by the President of Italy. In 2011, he was honored by Brunel University of London with the honorary degree of doctor of Letters honoris causa and, in Toronto, with a star on the Walk of Fame.