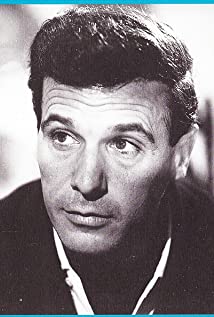 Francisco Rabal -- Paco to everyone -- was born in the mining camp where his father worked. His mother owned a small mill. At the age of six, with the Civil War breaking out, the family emigrated to Madrid and he started working as a street salesman and later in a chocolate factory, which later led to him working as an electrician in the Chamartín Film Studios. It was here he started in his first films in crowd scenes and so on. However, following advice from people like Dámaso Alonso, he found his way into the theatre and in 1950 started working with José Tamayo where he met Asunción Balaguer, who was to become his wife and inseparable companion for the rest of his life. One of the plays he starred in was a Spanish version of Arthur Miller's "Death of a Salesman." The big breakthrough came when he met Luis Buñuel, one of the greatest of Spanish film directors. They became great friends, in part due to their similar philosophies on life. Nazarín and Viridiana remain as hallmarks of that early period. However, with maturity and the passing of the Franco Régime, Rabal's best work was yet to come, and indeed culminated with his exceptional rôle in _Santos Inocentes, Los (1984)_, one of the best three or four Spanish films of all time. In 1987 he made a wonderful TV series called Juncal (1989) which was probably the character which mostly resembled the real-life Paco Rabal: a veritable "truhan" -- a roguish rascal. However, he has played the character of the Aragonese painter Francisco Goya in three different films, a personage who he became heavily identified with. It is in this period that he received his highest awards in Spain, Cannes, Montreal, etc. He is the only Spanish actor to have been given a Doctor Honoris Causa by the University of his native Murcia. Returning from the XXV Montreal Festival where he was homaged for a lifetime's work, he died over the English Channel aboard the aeroplane bringing him from London to Madrid and, despite the emergency landing in Bordeaux, nothing could be done for him. The pressure inside the plane aggravated his chronic bronchitis and started a fit of coughing which he was not able to overcome. He has published a few books which he called "some little things of mine," but most notably his collection of verses and "coplas" in 1994 and a little later collaborated with Agustín Cerezales on his biography "Si yo te contara" (If I told you all about it). His daughter, Teresa Rabal, is a successful actress, singer and TV presenter, while his son, Benito, also works as film director.

En dag til i solen

On Earth as It Is in Heaven