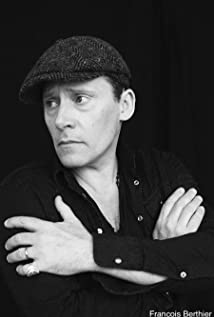 The son and grandson of steelworkers, Francis Renaud was born in Thionville, in the North-East of France. When his father gets killed in an industrial accident, young Francis is only four and his devastated mother breaks down. He is then sent to his grand-parents who bring him up for a while. However, it is his mother, who was a movie theater usherette, who gave him the acting bug and he still remembers fondly The Aristocats (1970), the first film he ever saw. After difficult school years, Francis Renaud, craving to be an actor, leaves for Paris on the day of his birthday, with 600 francs in his pocket. After several months of drag, Francis Renaud is hired by Georges Lautner for his first film appearance, L'invité surprise (1989). A false start, as his role finishes on the cutting-room floor. But Francis Renaud still believes in his lucky star and he is right, after a week's rehearsal, 'Karim Dridi' gives him the leading role of his excellent Pigalle (1994). Since then Francis Renaud has been in many a theatrical and TV movie and hopes to further a very fruitful career. Just what he dreamed of when he was a kid.