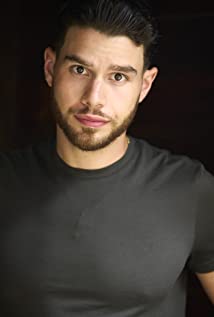 Francesco Antonio (Actor, Writer, Director) is an award-winning actor and one of Toronto's newest rising stars. With a variety of talents, Francesco has managed to excel in projects for audiences of all ages. Francesco is a unique actor, who stands out in every role. His understanding of the audience and the functions of a set come from his experience in front and behind the camera. Francesco is well-known for being able to develop characters alongside well-known directors and producers which has quickly made him a favourite to work with. His first starring role in the short film Addiction (2018) won awards in festivals world-wide, and in total, Francesco has earned 6 nominations and 3 awards for his work, in less than a year.Francesco received nominations in Spain for Best Actor at the Barcelona Planet Film Festival (Addiction, 2018), he also received Honorable Mention in Los Angeles for Best Actor and Best Indie Film (Addiction, 2018), from the Los Angeles Film Awards. Most recently Francesco made a splash in Las Vegas where he was nominated 4 times and received the G.I.F.T.E.D award from the Action On Film Festival, making it the first time the award was given to an "actor" in the festivals history. Francesco was also nominated in the Hollywood Dreamz International Film Festival in Las Vegas for Best Actor (Addiction,2018) and Best Young Performer (The Joke Thief,2018) but was awarded the prestigious, Lewis Mitchell Award for Acting (Addiction,2018)Francesco has already worked opposite legends such as Franco Nero (Django, 1966), Danny Aiello (Godfather Part 2, 1974) (Do The Right Thing, 1989) and Giancarlo Giannini (Hannibal,2001) (Quantum of Solace, 2008) in The Neighborhood (2017). Most recently Francesco has worked on What We Do in the Shadows (2019) for FX network with Jermaine Clement (Flight of the Conchords, 2007-2009) (Men in Black 3, 2012). Francesco also just played a memorable roll in the hit show Bad Blood (2017-2018) opposite Kim Coates (Sons of Anarchy, 2008-2014) (CSI: Miami, 2008-2009).Francesco is set to star in the Short Film Love, Sarah (2018) opposite Diana Confini (Rogue,2016) (Copenhagen Road, 2019) to hit the film festival circuit worldwide and he is also starring in what is slated to be YouTube Premium's "biggest breakout show of 2019" (Wayne,2019) working with Deadpool writers, Rhett Reece and Paul Wernick (Deadpool, 2016) (Zombieland 2006), and opposite actress Michaela Watkins (Saturday Night Live, 2008-2009) (Trophy Wife, 2013-2014). Wayne, 2019 is premiering worldwide January 16, 2019 on YouTube Premium.