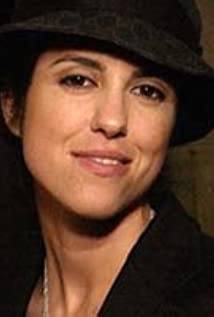 Raised in Rome, Los Angeles and the English countryside, Francesca Gregorini brings a worldly, passionate and unique sensibility to her filmmaking. Her character-driven films are visceral and darkly humorous, stylistically bold, with undertones of the magical and surreal. A Brown University graduate with a Theater Arts major, Francesca sold scripts to both HBO and Paramount before her directorial debut Tanner Hall (2009) with Tatiana Von Furstenberg. In a cozy, but run down New England boarding school the knot of adolescent complexity is unraveled through the coming of age stories of four teenage girls. The film was an official selection at the Toronto Film Festival (2009). Francesca next wrote and directed The Truth About Emanuel (2013) , which stars Kaya Scodelario, Jessica Biel and Alfred Molina. The film tells the story of Emanuel (Scodelario) a troubled girl who becomes preoccupied with her mysterious new neighbor (Biel) who bears a striking resemblance to the girl's dead mother. In offering to babysit her neighbor's newborn, Emanuel unwittingly enters a fragile, fictional world, of which she becomes the gatekeeper. It premiered in the US Dramatic Competition at Sundance (2013)

The Truth About Emanuel