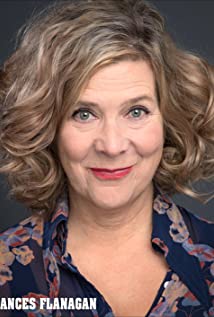 Frances Flanagan has been an integral part of Canada's Film, Television and Stage scene since 1975. Her film debut was opposite Bette Davis in A Piano for Mrs. Cimino. Beginning her stage career at the prestigious National Arts Centre in Ottawa, she went on to perform with numerous regional production companies such as The Globe Theatre and The Arts Club.She is the founder of Workshops in the Performing Arts, a groundbreaking organization which hosted internationally renowned master teachers from 1979 to 1990. Frances has been a board member for Women in Film and TV since 2012.

It Was Always You

The Story of Us

Time for You to Come Home for Christmas

The Art of Us

The Lost Wife of Robert Durst