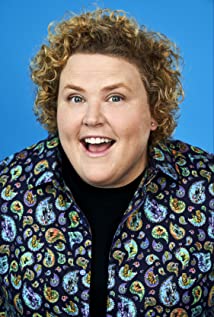 Stand-up comedian, writer, and actor, Fortune Feimster, is one of the busiest women working today. She first became known as a writer and panelist on E's hit show Chelsea Lately, and then starred as a series regular on The Mindy Project for Hulu and Champions for NBC. She has gone on to have many guest appearances on TV shows including Claws, 2 Broke Girls, Workaholics, Glee, Dear White People, and Tales of the City, as well as recurring roles on Showtime's The L Word: Generation Q and CBS's Life In Pieces.She's had memorable roles in the movies Office Christmas Party with Jennifer Aniston, Yes Day with Jennifer Garner, and Lionsgate's Barb and Star Go to Vista Del Mar. Her voiceover work includes Pixar's Soul, The Simpsons, the Cartoon Network's Summer Camp Island and Craig of the Creek, and a series regular on Fox's Bless the Harts.When not acting, Fortune tours the world doing stand-up. She most recently released a one-hour special on Netflix called "Sweet & Salty," which was nominated for a Critics Choice Award. She's done late night TV sets on Conan and Late Night with Seth Meyers, and she has half hour specials on Comedy Central and as part of Netflix's season one of The Standups.As a writer, Fortune spent seven years as a professional entertainment journalist while she pursued comedy. She later created and starred in the Tina Fey produced pilot Family Fortune for ABC. Additionally, Amblin, recently acquired two features Fortune wrote, Bad Cop, Bad Cop and Field Trip, both of which she is attached to star.Fortune can be seen as a recurring guest star on the NBC sitcom, Kenan. She also co-hosts the series, The Netflix Afterparty, alongside David Spade and London Hughes. She can be heard every morning on Netflix is a Joke's radio show, "What a Joke with Papa and Fortune," on Sirius XM, and she hosts the popular podcast, Sincerely Fortune, which features fan favorites; her wife Jax and her mother Ginger.

The Cabin with Bert Kreischer