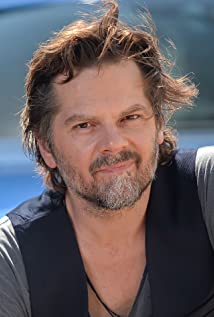 Born in 1968, Florin Piersic Jr. is a Romanian actor, director and writer.His approach to the American theatre embraces a wide range of characters. He translated, directed and performed in 'Dice and Cards' by Sam Henry Kass, 'Opposites Attract' by Bruce Kane, 'Tom and Jerry' by Rick Cleveland, 'Sex Drugs Rock and Roll' by Eric Bogosian, 'Brothers!' by Dave Williams.In 2015, he won the prize for the Best Actor in a Leading Role (Q.E.D.) at the Gopo Awards (Romanian 'Oscars').In 2013, he wrote and produced the one-man-show entitled 'Freak Show'. His performance (13 characters) has been acclaimed both by the public and the critics.Florin Piersic Jr. is the author of the novel 'Romantic Porno' (2011), as well as of the collection of short stories entitled 'Complete Works - Volume One' (2009) and 'Complete Works - Volume Two' (2015).Currently, Florin Piersic Jr. is working on the feature film called 'Nothing About Love', written and directed by himself.

End of a Gun

The Necessary Death of Charlie Countryman

Werewolf: The Beast Among Us