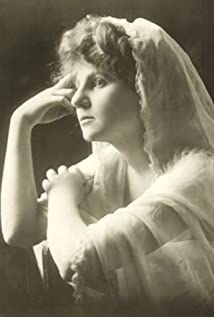 Takma İsimler: "Queen of the Screen", The 'Biograph Girl' and the 'Imp Girl.'

Florence Lawrence was the first film player whose name was used to promote her films and the studio (Independent Moving Pictures Company [IMP]) for which she worked. Before her, actors and actresses worked anonymously, partly out of fear that stage managers would refuse to hire them if they were found to be working in films and partly because movie executives didn't want to put much money into the production of these short, practically disposable films, and didn't want their players to become well known and start demanding higher salaries. Lawrence was on the stage from age three, appearing in musicals and plays, whistling and playing the violin. At 20 she was cast in the Edison production of Daniel Boone (1907), and that led to work at Vitagraph Studios. From there she was hired by Biograph, where she refined and perfected her craft under the direction of D.W. Griffith. In 1909 she left Biograph to seek more recognizable employment at another film company. As a result she was blacklisted by the Motion Picture Trust, headed by Thomas A. Edison, to which most motion-picture producers belonged and which held the patents on most film production equipment and would not allow any companies that did not belong to the Trust to use them. Carl Laemmle started IMP in late 1909, and refused to join the Motion Picture Trust. The Trust took action--both legal and otherwise--to discourage Laemmle from producing films on his own. Lawrence and her husband, director Harry Solter, signed on as IMP's first featured players. In 1910 Laemmle, partly out of anger over the Trust's actions--such as hiring thugs to attack his film crews and wreck his equipment--decided to advertise the fact that he had Miss Lawrence. She made the first personal appearance of a film star in St. Louis, MO, that March, and the resulting publicity made her famous (and also increased the grosses on her--and Laemmle's--films). Other film companies soon followed suit, and the names of film actors and actresses began to appear in all segments of the media. Lawrence worked for IMP for a year, then spent another year at Lubin before she began her own production company, Victor, where she worked on and off until 1914. After a stage accident in which she injured her back, she retired from films, only to be lured back in 1916 for her first feature, Elusive Isabel (1916). It was unsuccessful. She tried a comeback again in 1921; that, too, was unsuccessful. She settled into bit parts and character roles through the 1920s and 1930s. She committed suicide in 1938 after years of unhappiness and illness. She was found in her apartment on Dec. 27, 1938 and died soon afterward in hospital.

Man on the Flying Trapeze

Sinners in the Sun

And a Little Child Shall Lead Them