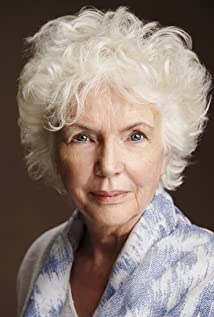 Fionnula Flanagan was born and raised in Dublin, Ireland. From an early age she grew up speaking both English and Irish on a daily basis. Her parents weren't native Irish speakers but wanted Fionnula and her four siblings to learn the language. Her mother used to say, "A nation without a language is a nation without a soul". Fionnula has said she will be forever grateful to them for that. She was educated at the Abbey Theatre School in Dublin and in Switzerland. She moved to Los Angeles in 1968 and lives with her husband, psychiatrist Dr. Garrett O'Connor, in Beverly Hills. Of her enormous body of work, including stage, television and film, she might be most well-known for James Joyce's Women (1985), in which she plays six different women who had a profound influence on James Joyce's life. Besides giving an award-winning performance, she also wrote, adapted and produced the piece for the stage, and subsequently as a feature film. She believes Joyce is the most important writer in the English language, most notably for "Ulysses", "Finnegan's Wake" and "The Portrait of an Artist as a Young Man". When she was growing up she thought the much lauded author was a good friend of her parents, because they were always saying, "Joyce said this, Joyce said that". When she was finally old enough to read Joyce for herself, the characters were like old friends.

Song of the Sea