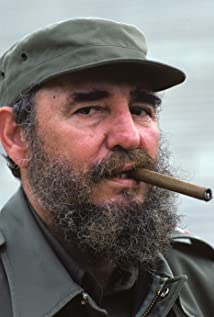 Fidel Alejandro Castro Ruz was born in Birán, Holguin Province, Cuba, the fifth of nine children of Ángel María Bautista Castro y Argiz, a plantation owner originally from Galicia, Spain, who operated a plantation in Cuba's Oriente Province. His mother, Lina Ruz González, was a servant in his father's home who bore Fidel out of wedlock (they later were married several years after Angel's first wife died). Known as a rebellious, loud, and troublesome child, Fidel was sent to a Jesuit boarding school in Santiago de Cuba, where he was often teased by his wealthier classmates who called him a "peasant." He later attended Belen College before enrolling at the University of Havana, where he earned a law degree. After graduating from the university, Castro briefly practiced law, before he went on to marry Mirta Diaz-Balart, a wealthy philosophy student with family ties to Cuban dictator Fulgencio Batista. They had a son, Fidelito, but after 5 years, the couple divorce and went their separate ways. After several years in prison and exile (he lived in Mexico and New York City before starting the revolution) Castro led an attack on the Moncada barracks on July 26, 1953. The attack, which was a major attack on Batista's hold of Cuba, found Castro once again imprisoned before he was released. After his release he went to the Yucatan, where he organized a rebel force that landed in Cuba in 1958 and after many successful battles, Castro rode triumphantly into Havana on January 8, 1959.

Who was Che Guevara?

The President's Book of Secrets

Fidel Castro: A Life of Revolution