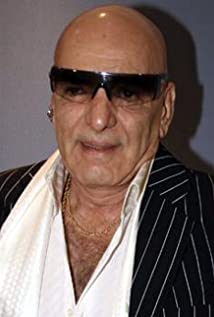 Firoz was born in Bangalore on September 25, 1939 to a Pathan father, Sadiq, and an Iranian mother, Fatima. He has three brothers, Abbas alias Sanjay, Akbar, and Sameer. Both Sanjay and Akbar are actors within their own rights, while Sameer is a film-maker and assists in their Golden Palms Spa located in Bangalore.He made his entry on the silver screen in 1960 after his return from a Bangalore-based English medium school. His career initially started as a hero in 'Didi', then he signed up for villain roles, and then made a comeback as a hero again.His noteworthy movies are Oonche Log, Main Wohi Hoon, Aag, Mela, Upasna, Aprsdh. He became even more popular after the release of Dharmatma, Qurbani, Jaanbaaz, & Dayavan. he got an award for his role in Aadmi Aur Insaan. He died of cancer in his Bangloore farm house on 27 April, 2009. He likes sports-car races and has included this sport in Apradh and then again in Janasheen. He prefers his character name to be either Rajesh or Rakesh. He is a worshipper of Bhagwan Shri Sai Baba and always wears a gold ring on his finger and has a picture close to him. Sai Baba is revered and worshiped by Muslims, Christians, Sikhs, and Hindus in India.He got married to Sundari in 1965 and they became proud parents of Laila and Fardeen. Despite objections raised by an Islamic Moulvi, Feroz and Sanjay got their children married to non-Islamic families. Laila was married to Rajpal, while Fardeen married Natasha Madhwani, the daughter of Mayur and former Bollywood hottie Mumtaz. Sundari and Feroz have been divorced since 1985.Feroz has kept away from controversies, though he did get himself banned by the conservative Pakistani government.Apart from acting this talented artiste has also edited, produced, written, & directed movies. His latest 'Kurbani' is currently under production.