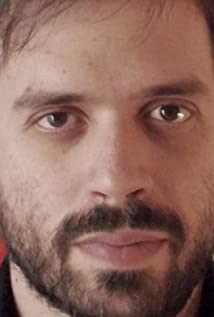 He graduated in Film and Video from the University of São Paulo in 1999 (ECA - SP), he became director of short films, having run dozens of festivals, such as with the "Trópico das Cabras", to run for more than 30 national and foreign festivals , among them Clermont-Ferrand, France, Cartagena, Colombia and Brasilia, where he was awarded the best short film at the Brazilian Film Festival "A Garrada do Diabo" (2009) and "Magnifica Desolação" (2010) ."O Lobo Atrás da Porta" was his first feature film and the debut in the direction of longs could not have been better. The suspense won the award for best film Horizontes Latinos, at the San Sebastian Film Festival (Spain), and best long by popular vote and best actress for Leandra Leal, at the Festival of Rio 2013. This attention was enough to put it next to José Padilha in the direction of two episodes of the series "Narcos" (2015),The director was invited to a Netflix production, with an international debut with Netflix's "Sand Castle" (2017). Also recently Fernando Coimbra was awarded at the 2017 Sundance Film Festival, at the Global Filmmaking Award, which rewards four notable and visionary directors around the world for his new project, the thriller "O Enforcado". This film is a Gullane production and had already participated in the Festival's Roadmap Laboratory in 2015.Selected Filmography: Director: "Sand Castle" (2017). "O Lobo Atrás da Porta" (2013). Best Film Award for Best Actress and Best Actress (Leandra Leal) at Rio 2013 Festival. Best Feature Film and Original Screenplay Prize at the 2015 Brazilian Cinema Grand Prize. "Trópico das Cabras" (2004). Short film. Selected for the Clermont-Ferrand Festival in France and Cartagena in Colombia. Best short film award at the Brazilian Film Festival. "Pobres Diabos no Paraiso" (2002). Short film.Writer: "Aqui Deste Lugar" (2015), by Sérgio Machado. " O Lobo Atrás da Porta" (2013), by himself. "A Garrafa do Diabo" (2009), by himself. Short film.