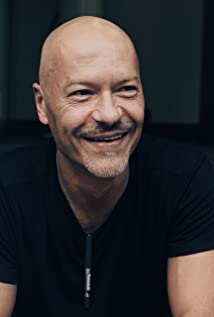 Founder and co-founder of Art Pictures Studio production company, Chairman of the Directors Board of Lenfilm Production Studio, founder of Industry Film and Television School. Directed two successful domestic war dramas: "The 9th Company" (2005) that was based on real-life battle during the Soviet-Afghan war became the first Russian film with $25 million box-office and was awarded by the National Academy of Cinema Arts; "Stalingrad" (2013) became one of the highest-grossing films in Russian history and gained over $67 million worldwide. Moreover, "Stalingrad" was the first Russian movie released in IMAX format. One of the latest Fedor Bondarchuk's projects, sci-fi blockbuster "Attraction" (also released in IMAX format), became one of the top grossing Russian films and earned over one billion rubles in Russia and CIS. Over 4 million viewers watched "Attraction" in cinema, the movie also became the leader on streaming services after its online release . The follow-up of this ambitious story, "Invasion", came out in theaters in January 2020 and grossed over 900 million rubles in cinemas (with more than 2 million audience). Fedor Bondarchuk new project is his first TV-series "Psycho" - a dramatic story about a modern psychotherapist. Russian NMG Studio and Renta Videostudio are producing.Fedor Bondarchuk's Art Pictures Studio Production Company has been working on national and international markets over 25 years and is considered to be one of the leaders in Russian film industry. Art Pictures Studio production projects include such Russian box-office hits as "Ice" (directed by Oleg Trofim), "Heat" (directed by Rezo Gigineishvili), "Soulless " and "Soulless-2" (directed by Roman Prygunov) and many others. Films produced by APS have earned over $200 million in movie theaters and won over 50 Russian and International awards. More than 80 countries purchased the rights to distribute APS projects. The "Ice" sequel -"Ice 2" (directed by Zhora Kryzhovnikov) premiered February 2020 and grossed more than 1,5 billion rubles. Over 5 million people have seen "Ice 2" in cinemas. Art Pictures Studio's new movie - sci-fi thriller "Sputnik" where Fedor Bondarchuk played a colonel Semiradov (directed by Egor Abramenko) is also becoming a huge hit. The project was viewed more than 1 million times after just one month of online-streaming in Russia. It also became Number 1 in American iTunes (the "Horror" category) right after its USA release. "Sputnik"'s Rotten Tomatoes score is almost 90% - it is the first time when a Russian project is rated this high. APS is also developing its first documentary Battle" focusing on a figure of Academy-Award winning director Sergei Bondarchuk. Helming the project are journalists Denis Kataev and Anton Jelnov with Ilya Belov as a director.Fedor Bondarchuk is one of the founders and producers of Art Pictures Vision Company which specializes in TV production. Art Pictures Vision portfolio includes such popular TV projects as "The Year of Culture" (TNT channel), "90's. Funny and loud!", "Psychologirls" (STS channel). In 2019 APV projects premiered on Amazon Prime streaming service: sports drama "Junior League" (STS), spy thriller "Sleepers" (TV 1st channel) and a horror movie "The day after" became available for foreign subscribers. The latter also had a release in Japan - both on TV screens and online. Among current APV projects are road-movie type of comedy "Let's go!" (STS) and sports comedy "Lanky Girls" (STS). Art Pictures Vision is also developing such series as a detective period piece An Hour before the Dawn"(post-production), a story about a Russian moto sport team "Kamaz Master" - "Truck Racer" (post-production), and a sketch comedy "Stories".In 2017 Fedor Bondarchuk and producers of "Vodorod" Production Company Mikhail Vrubel and Alexander Andryushchenko, joined by National Media Group, founded Industry Film and Television School. The mission of the School is to form a new generation of professionals in Russian film industry. At present Industry Film and Television School offers more than 20 various training programs from filmmaking and cinematography up to VFX production. Among the members of School's advisory board and training staff are professionals of Russian film and TV industries as well as successful and talented Russian filmmakers. In the three years of its existence School produced a lot of student's short films that later got into the programs of such significant film festivals as "Kinotavr", "Motion", "In one word" (Korotche), MIFF and many others.Fedor Bondarchuk is also known as one of the most popular and sought-after actors of Russian cinema. He played more than 70 roles in movies and TV projects of various genres. Fyodor Bondarchuk is the two-time winner of the awards of Golden Eagle: for a leading n role in a movie "Two days" by Avdotya Smirnova (2012) and for a leading role in the famous comedy "Ghost" produced by Alexander Voitinsky (2015). He is also a well-known TV

The Queen of Spades