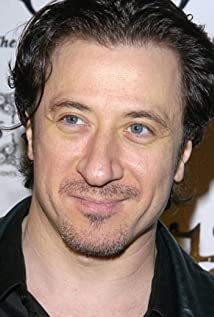 Federico Castelluccio is a driven and talented individual maintaining careers, as a professional artist, established actor and director. Born in Naples, Italy, Federico moved with his family to Paterson, New Jersey, in 1968. In 1982 he was awarded a full scholarship to the School of Visual Arts in New York City, where he earned a BFA in painting and media arts.As an actor, Federico began studying acting in New York City with renowned teachers, such as, Donald Buka, Molly McCarthy and Charlie Laughton. He performed with several repertory companies in New York,, doing classic, contemporary and original plays. Federico has been in many off, and off, off Broadway plays, as well as regional theatre and Shakespeare festivals.Early on in his career, while doing "Savage in Limbo", a play by John Patrick Shanley, Federico was approached by agents from Barry-Haft- Brown, who saw his work and asked if they could represent him. Federico signed and almost immediately started booking, TV shows, Films and commercial spots. Some of his early, day player roles, were on, "As The World Turns", "The Guiding Light" and "Another World".After pounding the "proverbial pavement", for nearly twelve years, Federico was called in to audition for a new HBO series, at the time, called The Sopranos. In the first season, Federico originally auditioned for the New York Boss, Johnny Sack. In the second season and at the height of the show's popularity, Castelluccio was brought in to read for the role of Furio Giunta. He auditioned for casting directors, then for David Chase and producers and finally a screen test with James Gandolfini. After three intense and nerve wracking auditions, Federico won the role and the rest, as they say, is TV history.With Federico's unmistakable presence as Furio, his old world Neapolitan charm, coupled with the ruthless and dangerous street aspect, made for a multi-dimensional, complex character, who quickly became popular and well loved with fans all over the world. Federico's portrayal of Furio left an indelible mark in the consciousness of the viewing public.Because of Castelluccio's outstanding work and convincing Italian accent on The Sopranos, people in Hollywood and the entertainment industry, thought Castelluccio was an Italian actor, ( from Italy) who spoke broken English. In fact, most people and fans who watched the show, were surprised to hear Federico speak in his normal voice. This presented a problem for him, since roles with Italian accents were limiting and far and few between. So, Castelluccio had to essentially reintroduce himself to Hollywood, by taking meetings with casting directors, producers, agents, etc... he redirected the path of his acting career and showed versatility by taking on roles where he could speak in different types of accents, as well as his normal English/American speaking voice.Castelluccio has been making his mark by writing, directing and producing film projects. His 2016 feature film directorial debut, "The Brooklyn Banker," written by, Michael Ricigliano, starring Troy Garity, David Proval, Paul Sorvino and Arthur Nascarella, is based on the award winning short film "Lily of the Feast". Other films written and directed by Castelluccio include the shorts, "Keep You Enemies Closer" starring Peter Greene, William Sadler and Manny Perez. "Forget Me Not", with Yvonne Maria Schaefer and Peter Greene. And the award winning short film "Tracks of Color",starring Manny Perez, Elizabeth Rodriguez and David Castro.Federico began his career as an actor in 1986. Some of his film credits include Made (2001) with Jon Favreau, Fire (1996) with Robert Klein and Diary of a Hitman (1991) with Danny Aiello. In television, Federico's credits include NYPD Blue (1993). Debuting at the Sundance Film Festival, A Guide to Recognizing Your Saints (2006) received two awards - one for best dramatic directing and best dramatic ensemble headed by Robert Downey Jr., Chazz Palminteri and Rosario Dawson. Federico's recent film projects include the biographical _Cantante, El (2006)_ starring Marc Anthony and Jennifer Lopez; Aftermath (2002), a crime-thriller starring Anthony Michael Hall and Chris Penn and directed and written by Thomas Farone; Dark Illness (1990), filmed in southern Italy, a short film that Federico executive-produced and in which he acted; Capers (2008), a comedy, is due for release in 2007 and stars Danny Masterson. Lucky Days (2006) recently completed filming in New York City. In television, Federico was seen as the lead role in Dragon Dynasty (2006), which aired on the Sci-Fi Channel.Castelluccio's most recent acting credits include, "Toy Gun", directed by Marco Serafini, "Exit 0"(Zero), directed by E. B. Hughes, "Sarah Q." directed by John Gallagher, He will be filming the upcoming feature " "The Fifth Borough" in the fall of 2018. ARTIST BIOGRAPHYFederico Castelluccio, is an internationally renowned realist painter, art collector and connoisseur of old master baroque painting.

A Guide to Recognizing Your Saints