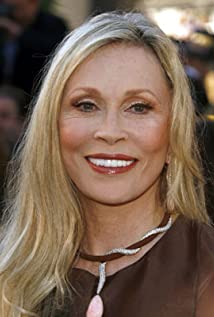 An icy, elegant blonde with a knack for playing complex and strong-willed female leads, enormously popular actress Faye Dunaway starred in several films which defined what many would come to call Hollywood's "second Golden Age." During her tenure at the top of the box office, she was a more than capable match for some of the biggest macho stars of the period. Then an overwrought turn in the disastrous biopic Mommie Dearest (1981) effectively derailed her career - but, at the same time, made her a bit of a camp favorite in the gay community - though she's been given infrequent opportunities worthy of her talent since that unfortunate halt.Born prematurely on Jan. 14, 1941 in Bascom, FL, Dorothy Faye Dunaway was the daughter of MacDowell Dunaway, Jr., a career Army officer, and his wife, Grace April Smith. After a stint as a teenaged beauty queen in Florida, she intended to pursue education at the University of Florida, but switched to acting, earning her degree from Boston University in 1962. She was given the enviable task of choosing between a Fulbright Scholarship to the London Academy of Music and Dramatic Arts or a role in the Broadway production of "A Man For All Seasons" as a member of the American National Theatre and Academy. She picked the latter, enjoying a fruitful stage career for the next two years, which was capped by appearances in "After the Fall" and "Hogan's Goat." The latter - an off-Broadway production in 1967 - required Dunaway to tumble down a flight of steps in every performance, earning her a screen debut in the wan counterculture comedy The Happening (1967). Just five months after its release, however, she was wowing audiences across the country as Depression-era bank robber Bonnie Parker in Arthur Penn's controversial Bonnie and Clyde (1967). Her turn as the naïve but trigger-happy and sexually aggressive Parker earned her Academy Award and Golden Globe nominations, and provided a direct route to the front of the line for Hollywood leading ladies in an unbelievably short amount of time.Dunaway followed this success with another hit, The Thomas Crown Affair (1968), in which her coolly sensual insurance investigator generated considerable sparks with playboy and jewel thief Steve McQueen. She then bounced between arthouse efforts like Puzzle of a Downfall Child (1970), directed by her ex-boyfriend, photographer Jerry Schatzberg, and the revisionist Western 'Doc' (1971), as well as big-budget efforts like Little Big Man (1970), which cast her as a predatory preacher's wife with designs on Dustin Hoffman's reluctant Native American hero. Dunaway also balanced these projects with several well-regarded theatrical productions, including a 1972-73 stint as Blanche Du Bois in "A Streetcar Named Desire," and notable TV-movies like The Woman I Love (1972), which cast her as the Duchess of Windsor, and TV broadcasts of Great Performances: Hogan's Goat (1971) and After the Fall (1974). But her turn as the duplicitous Lady De Winter in Richard Lester's splashy, slapstick take on The Three Musketeers (1973) and its 1974 sequel The Four Musketeers: Milady's Revenge (1974) preceded a long period of critical and box office hits, starting with her masterful performance in 1974's Chinatown (1974).Dunaway's turn as Evelyn Mulwray, the mysterious woman who draws detective Jake Gittes (Jack Nicholson) into a dark and complicated web of murder, incest and catastrophic business deals, seemed the epitome of every femme fatale to ever stride across a chiaroscuro-lit scene in classic noir. But Dunaway also found the horribly wounded core of her character as well, and turned Evelyn from a pastiche to a full-blown and emotionally resonant human being. Critics and award groups rushed to nominate Dunaway for the role, and she netted her second Academy Award nod, as well as Golden Globe and BAFTA nominations. Dunaway had fought hard for her performance - her battles with director Roman Polanski were no secret - but sadly, she lost the Oscar to Ellen Burstyn for Alice Doesn't Live Here Anymore (1974). However, it would be Dunaway's performance which stood the test of time.High-gloss turns in The Towering Inferno (1974) and Sydney Pollack's political thriller Three Days of the Condor (1975) preceded one of her best television performances; that of Depression-era radio preacher Aimee Semple MacPherson in The Disappearance of Aimee (1976). Even more startling was her sterling role in Network (1976), Paddy Chayefsky's blistering take on the television industry. Dunaway pulled out all the stops as an executive on the rise who stops at nothing to advance her career - even bedding veteran producer William Holden. Critics again rose in unison to praise Dunaway, and she finally netted an Oscar for the role, as well as a Golden Globe.Surprisingly, Dunaway's career began to fall away after her Oscar win. She was effective as a fashion photographer who experiences disturbing visions in Eyes of Laura Mars (1978), but was wasted

The Seduction of Dr. Fugazzi