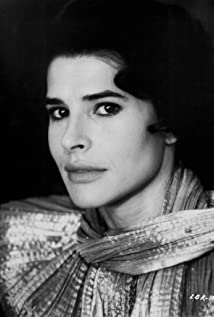 Fanny Ardent was the youngest of 5 children born to a cavalry officer and his wife. She was raised in Monte Carlo where she was educated at a convent school. A voracious reader, she discovered Proust at age 15 and felt as though his writings were for her.When she was 17 her father died and the shock of his loss never left her. Shortly before his death Ardant started acting on stage. However following her father's death she followed his advice and went to university in Aix-en-Provence where she read Political Science. Upon graduation she took a job working for the French embassy in London from which she was sacked for poor time keeping and being dishevelled. The latter was attributed to the social whirl she enjoyed in London.Ardant continued working odd jobs in London before deciding, almost on a whim, to go to drama school. She returned to France for her studies and before long began acting on stage and then on television. At the age of 31 she was contacted by Francois Truffaut who had spotted her in a television drama and wanted to cast her in his film The Woman Next Door (1981).While working together Ardant and Truffaut fell in love and in 1983 she gave birth to their daughter Josephine. Truffaut died a year later from a brain tumour.

Shock Waves: Diary of My Mind

My Mother Is Crazy

For This Is My Body