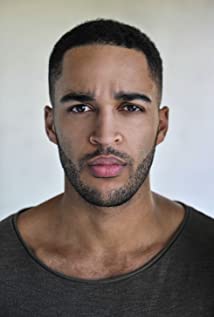 Ezekiel Simat (often known as Zeke) was born and raised in Brisbane, Australia before moving to Sydney to pursue acting. After a few years in Sydney working with world-class coaches, Zeke was flown out and hosted as a top 10 finalist in the highly competitive Heath Ledger Scholarship. He was selected out of over 1000 applicants by judges including Matt Damon, Elizabeth Debicki, Naomi Watts and Rose Byrne. He has previously been a finalist in Cleo Magazine and Cosmopolitan Magazine's Bachelor of the Year competitions.While developing his craft as an actor, he took a successful turn at modeling, landing worldwide commercial campaigns and national commercial work for many Australian and International brands (Nike, Adidas, Hyundai, Amazon, Myer, Iconic & Samsung and more), and It wasn't long before he found himself featured in national magazines including Cleo, Cosmopolitan and Vogue.As an actor, Zeke made his stage debut opposite Resident Evil's Martin Crewes in sold-out run of A Girl With The Sun in Her Eyes in 2015. Onscreen, he appeared opposite Assassin Nation's Odessa Young in The High Life (9NOW), as well as featuring in award winning web-series' SYD2030 & The Auditions. In 2018/19, he went on a run of comedy, appearing on Australia's ABC (iview) as various characters in Fresh Blood Pilot: Too Pretty to be Witty as well as his guest role in ABC comedies The Housemate, and Sheilas.Recently, Zeke led ScreenQLD-funded short film No Friends in the Forest which premiered in Los Angeles as an official selection of ScreamfestLA and played Jeremiah in the record-setting series Lambs of God, starring Emmy-winner Ann Dowd (Handmaid's Tale) Aacta Award Winner Essie Davis (The Babadook & Game of Thrones) & Jessica Barden (End of the F*cking World). In 2019, he starred in Dollhouse Pictures' Chlorine, one of four recipients of the prestigious Lexus Fellowship at Sydney Film Festival (where it had its world premiere), Claudia Pickering's (Screen Australia & Create NSW funded) comedy Wanderbust, and has begun an ongoing collaboration as actor and writer for SBS' wildly popular comedy sketch program "The Feed".