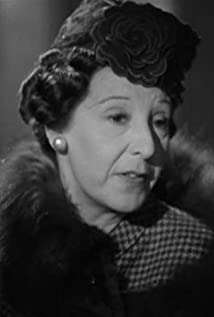 Thin-lipped, dark-haired British character actress who had a penchant for playing nosy neighbours, snivelling sycophants and acidulous spinsters. She was born Eileen Russell-Gregg, trained at RADA and was primarily active on London's West End stage in plays like "Grand Hotel" (1931) and "The Importance of Being Earnest" (1946), among many others. Over the years, she developed a fondness for comedic interpretations in works by Noël Coward. On Broadway she appeared just once, in "Point Valaine" (1935). Just two years prior she had made her screen debut as Henry VIII's shrewish wife Katherine Parr in The Private Life of Henry VIII (1933). Her two other memorable moments on the screen saw her as the ever-prattling busybody Dolly Messiter in Brief Encounter (1945) and as Sarah Pocket, a fawning relative of Miss Faversham in Great Expectations (1946).

Room at the Top

The Man Who Never Was

I See a Dark Stranger