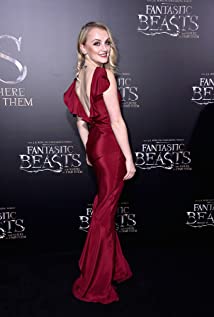 Evanna Patricia Lynch is an Irish actress. Born in the town of Termonfeckin in Ireland, she is one of four children to Donal and Marguerite Lynch. Her acting career began in 2007 when she competed in an open audition against nearly 15,000 girls, and won the coveted role of Luna Lovegood in the "Harry Potter" movie franchise. She appeared in four Harry Potter films and became a main character in the final two films in 2010 and 2011. She also voiced her character in their tie-in video games. She continues to pursue acting and does charity work for organizations such as the Multiple Sclerosis Society of Ireland and The Harry Potter Alliance, of which she is a member of the Board of Advisors.

Danny and the Human Zoo

My Name Is Emily

Harry Potter and the Half-Blood Prince

The Hidden Secrets of Harry Potter

Harry Potter and the Order of the Phoenix