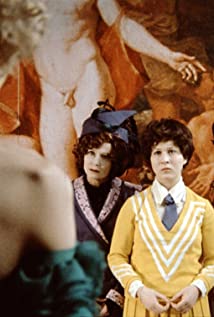 Versatile stage and screen actress best known for Werner Herzog films (Best Supporting winner at Cannes for "Woyzeck"). Possibly her most acclaimed starring role is as her mentor 'Rainer Werner Fassbinder' in "A Man Called EVA" (Fassbinder, who treated Eva Mattes kindly, was sometimes referred to by his initials RWF).The daughter of a film composer father and actress mother, Mattes first gained attention in her teens, when she began her acting career: for Fassbinder (Jail Bait, Bitter Tears of Petra von Kant, Effi Briest), as a Vietnamese rape victim (Verhoven's O.K., based on the same tragedy as Casualties of War (1989)), and briefly stumbling into early 70s exploitation fare (Naked Massacre, based on the Richard Speck murders).Mattes moved into leads in prestige and socially conscious films, including Herzog's "Stroszek" (as a German prostitute who flees to the U.S.), Fassbinder's "In A Year of 13 Moons" (as the daughter of a transsexual), Adlon's Céleste (1980) (the title role, as Proust's devoted aide), and Hauff's Mathias Kneissl (1971) (the German Robin Hood).Her recent roles include the mother of the young go-between in Enemy at the Gates, and opposite Isaach De Bankole (the assassin in Casino Royale (2006)) in Otomo.Recently she turned to singing (a CD of English-language standards, 2006) and doing children's films, as well as stage dramas and musicals. As of 2008, she's starring in the world's longest-running detective series, Tatort.In addition to her artist daughter Hanna (with director Werner Herzog), Mattes also has a son Josef, a busy young actor.

Roland Klick: The Heart Is a Hungry Hunter

Enemy at the Gates