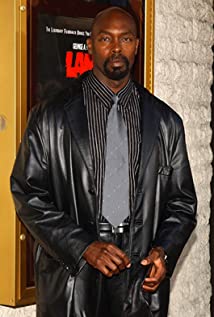 Eugene Clark Brings Multiple TalentsEugene Clark brings a career in theatre, television and film that is fascinating and diverse. A veteran of more than 100 television productions and 15 feature films, he won a Gemini Award (Canadian Emmy) for Best Supporting Actor in a Dramatic Series for his work on the hit TV series Night Heat.He starred as Mufasa in Disney's The Lion King onstage in Toronto for two years, as Horse in The Charlottetown Festival's production of The Full Monty in P.E.I., and starred as the lead zombie Big Daddy, in George A. Romero's long awaited Land of the Dead. He has appeared in the films Trailer Park Boys - The Movie; Resurrecting the Champ, and the TV series The L. A. Complex; Space Riders - Division Earth; The Latest Buzz, Sue Thomas F B Eye, Wingin' It and The Line. He was the 2nd lead in William Shatner's made for television movie series TekWar. He received critical acclaim for his performance as a suicidal Vietnam veteran who lost his arm to Agent Orange in Unnatural Causes, the Emmy Award winning drama starring John Ritter and Alfre Woodard. Acting is just one of Clark's creative outlets.Singing has long been a love in his life. From the days of singing as a child in his grandfather's church, to singing the national anthem in uniform as a member of the Toronto Argonauts, singing has always been "like breath itself," he says. Distressed by television coverage of Africa's young famine victims, Clark wrote the lyrics, melody, and chorus to Letter from a Concerned Citizen Starvation in Africa. The Canadian Red Cross used the song for their national television and radio campaign to raise funds for their relief efforts in Africa.Of his three CDs he says, "They speak to the need for effective community and global co-operation, how through assisting each other in times of need we can accomplish anything. These songs motivate and encourage us to be our best, for there is greatness in all of us."