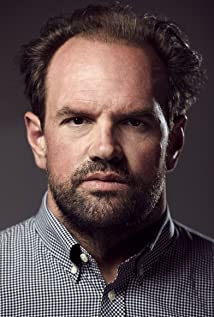 Ethan Suplee has established himself over the past few decades as an actor of considerable talent and accomplishment. His diverse and eclectic resume ranges from hilarious roles in such comedies as Mallrats (1995) and Without a Paddle (2004) to hauntingly dramatic performances in intense features such as American History X (1998), Blow (2001) and Cold Mountain (2003). His breakthrough performance as a young football player in Disney's Remember the Titans (2000) with Denzel Washington garnered him critical acclaim and led to another role opposite Washington in director Nick Cassavetes' thriller, John Q (2002).Born in New York and raised in Los Angeles, Suplee is the son of actors Deborah Deeble and Bill Suplee. He landed his first role, at the age of 16, on the popular television series, Boy Meets World (1993). He had a recurring role as the reluctant bully "Frankie" for three seasons. Most recently for television, he made a powerful guest-starring appearance on NBC's Third Watch (1999) as a disturbed young man who filmed a video journal about his obsession with a girl.He made his feature film debut in 1995 (alongside My Name Is Earl (2005) co-star Jason Lee) in writer/director Kevin Smith's Mallrats (1995), where he played the memorable "Willam Black", a young man determined to crack the mystery behind the mall's magic eye poster. Smith went on to cast Suplee in Chasing Amy (1997) and as the voice of "Norman the Golgothan" in Dogma (1999). More recent comedy credits include "Without A Paddle" with Seth Green and Matthew Lillard, director Todd Phillips Road Trip (2000) and Evolution (2001) for director Ivan Reitman.Suplee showcased his impressive acting chops with a powerful and compelling performance in 1998 in director Tony Kaye's "American History X". He played a carelessly violent racist skinhead who tries to convince his friend (Edward Norton) to "come back to his roots" in their gang of white supremacists.His role of high school football lineman "Louie" in Disney's "Remember the Titans" exposed Suplee to a larger audience, and he was singled out by many critics as a fresh and welcome screen presence, with the Hollywood Reporter calling his performance "scene-stealing."With Ted Demme's 1970s drug-cartel drama "Blow," Suplee continued to raise his profile, playing "Tuna", the best friend of Johnny Depp's newly turned drug dealer "George Jung".More recently, Suplee played a pivotal role of a young soldier in Miramax and Anthony Minghella's period piece "Cold Mountain," with Jude Law and Nicole Kidman. He also co-starred with Ashton Kutcher in New Line's The Butterfly Effect (2004).Suplee co-stars opposite Jason Lee in NBC and Twentieth Century-Fox TV's half-hour comedy, "My Name is Earl." He plays "Randy", the brother of Lee's "Earl" who, following an epiphany, embarks on a mission to right all the wrongs he has inflicted on people.For the big screen, Suplee will next be seen starring in Art School Confidential (2006) for director Terry Zwigoff (Ghost World (2001)), and he recently completed work for director Darren Aronofsky on Warner Bros.' The Fountain (2006) with Hugh Jackman and Rachel Weisz.In his spare time, Suplee enjoys reading, cooking and playing chess. He has also recently starting taking Muay Thai kick-boxing classes three times a week. Muay Thai is a form of martial arts boxing using full contact sparring, kicks, punches, kick blocks and shadow boxing learned under professional instruction.

A Stand Up Guy