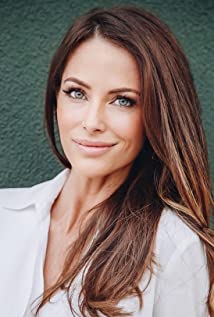 Esther grew up in Geelong, Victoria and always knew she wanted to be a performer. Esther has seen much of the world through working as a model. She was based in Japan for six years, during that time traveling between Tokyo, Osaka, Hong Kong, Korea and Europe for work.She started on screen in Japan and whilst doing commercials decided she would set her sights on acting and presenting and moved back to Melbourne to take acting courses. At the start of 2007, Esther landed a gig with the local Victorian travel show Postcards. After a year in that role, she had the chance to audition for Home and Away.From the first audition to moving into Summer Bay was a whirlwind, finding out she had the role of Charlie on a Monday, and four days later starting in Sydney. Esther says, "I have always wanted to be part of the show and when I found out I had the role I was in complete shock, I'm still pinching myself now, but it feels right."On her character, Esther says, "Charlie is strong-willed with lots of guts and she is never afraid to show who she is, which makes her genuine and like able".Settling into Sydney and her role has been an adventure for Esther who thinks "being in Sydney is like being on holidays all the time." During her spare time, Esther loves being outdoors, the beach and horse riding. Her ideal evening is a night out with great food, wine and great company. She loves going to the movies and lists Natalie Portman, Toni Collette, Reese Witherspoon, Joquain Phoenix and George Clooney amongst her favorite actors.