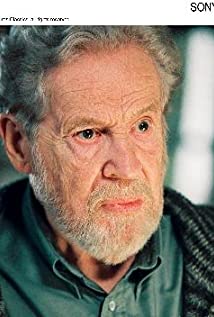 Erland Josephson, the distinguished Swedish actor best known for his appearance in Ingmar Bergman's films, was born in Stockholm, Sweden on June 15, 1923. Josephson's relationship with Bergman, a long-time friend, began in the late 1930s when they first worked together in the theater.Although he was in several motion pictures in the late 1940s and early '50s, including a bit part in Bergman's "The Man With an Umbrella" (1946), Josephson confined himself to the stage during the first part of his career. After appearing in Bergman's "The Magician" (1958) in support of Max von Sydow, Josephson did not make another movie until the late '60s, when he was cast in Bergman's "Hour of the Wolf" (1968). He collaborated on two screenplays with Bergman (using the joint pseudonym of Buntel Eriksson), Alf Kjellin's "The Pleasure Garden" (1961) and Bergman's own "Now About These Women" (1964).In 1966, Josepheson succeeded Bergman as creative director of the Royal Dramatic Theatre in Stockholm, a post he held until 1975. He also succeeded Max Von Sydow as Bergman's favorite male lead in the 1970s, which brought him global fame. After co-starring with Von Sydow and Liv Ullmann in "The Passion of Anna" (1969), he had major roles in "The Touch" (1971), "Cries and Whispers" (1972), "Scenes From a Marriage" (a television mini-series edited into a film in 1973), and "Face to Face" (1976).François Truffaut, in his guise as a film critic, wrote in 1958: "Bergman's preeminent strength is the direction he gives his actors. He entrusts the principal roles in his films to the five or six actors he loves best, never type-casting them. They are completely different from one film to the next, often playing diametrically opposite roles." In Bergman's films of the 1970s, Erland Josephson engendered the neurotic, post-war 20th century man: aloof, introspective, and self-centered.Josephson also appeared in Bergman's "Autumn Sonata" (1978), "Fanny and Alexander" (1982) and "After the Rehearsal" (1984). After starring in "Trolösa" (2000), a film directed by frequent co-star Liv Ullmann and scripted by Bergman, it was time for him to be reunited with Ullmann as an actress under the hand of the maestro himself with "Saraband" (2003).Josephson did not appear in a non-Swedish film until 1977, when he starred as Friedrich Nietzsche in Italian director Liliana Cavani's "Beyond Good and Evil." He continued to work in international cinema in the 1980s and '90s, appearing in Franco Brusati's "To Forget Venice (1980), Dusan Makavejev's "Montenegro" (1981), Philip Kaufman's "The Unbearable Lightness of Being" (1988), István Szabó's "Hanussen" (1988), and Peter Greenaway's "Prospero's Books" (1991). His most memorable non-Bergman roles were in the films of Andrei Tarkovsky, "Nostalghia" (1983) and "The Sacrifice" (1986).Behind the camera, Josephson co-directed "One and One", a 1978 full-length film, with fellow Bergman collaborators Ingrid Thulin and Sven Nykvist, and directed the full-length "Marmalade Revolution" (1980). Erland Josephson also is an accomplished writer: He has written screenplays for Swedish films, as well as dramas, novels, and poetry.

In the Presence of a Clown