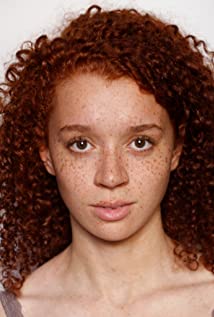 Erin Mae Kellyman (born 17 October 1998) is a British actress. Kellyman appears as Enfys Nest, leader of the rebel Cloud Riders, in Solo: A Star Wars Story and Eponine Thénardier in the 2019 BBC adaptation of the Victor Hugo novel Les Miserables.Originally from Tamworth, Staffordshire, Kellyman was a graduate of the Nottingham Television Workshop.Kellyman appeared in Raised by Wolves, written by Caitlin Moran and her sister Caroline Moran for Channel 4. She also appeared in the 2016 BBC sitcom The Coopers Vs The Rest with Tanya Franks and Kerry Godliman, about a trio of adopted children raised by a suburban couple.The role of Nest in Solo has been reported as the 'anti-hero we deserve' and 'the most important new character introduced in the movie'. This role has reported to have given Kellyman 'global recognition'. For the role Kellyman had to go through three stages of audition.Kellyman also appears in the BBC's adaptation of Les Misérables as Éponine alongside Olivia Coleman, Lily Collins, David Oyelowo, and Dominic West. Kellyman praised the diversity in the BBC Production admitting she never considered she'd be able to play such a role in a period drama.Kellyman has has been announced for a BBC Two new dark comedy series Don't Forget The Driver, starring Toby Jones.