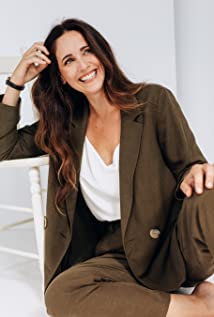 Erika's had the opportunity to work with incredible artists from both sides of the border: Great Canadian directors such as Atom Egoyan (Where the Truth Lies) as well as American film "royalty" Tony Goldwyn, Quebec legend Fabienne Larouche (30 Vies) and New York actor/writer/director Chazz Palminteri (Noel). She has also worked with the brilliant Paul MgGuigan (Wicker Park) and rising star Jacob Tierney (The Trotsky).Originally from a small farming town just outside of Montreal, Quebec. Erika is a natural performer. She first starred as Clara in the Nutcracker Ballet when she was just 8 years old. The role of Cinderella in the Roger and Hammerstein's musical cemented her love for musical theatre in high school and she has been studying music, theatre and dance ever since.Erika has trained with teachers from the Stratford Conservatory in Ontario, the Neighborhood Playhouse in New York, and with theatre and voice professionals at York, Ryerson and The University of British Columbia. She has a Bachelor's in Sociology from Montreal's Concordia University.She loves travel and is an accomplished photographer plus a hobby equestrian. Her most recent adventures include India, Israel, Costa Rica, Hawaii, Barbados, Mozambique and Italy. She enjoys ballet, playing piano, surfing, hiking, yoga, cross-country skiing and speaks fluent French.

Where the Truth Lies