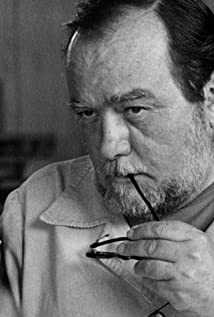 Erik Balling was one of the most beloved Danish filmmaker in the 20th century. Balling was a director, a producer and a writer. Erik Balling was mostly famous for creating such TV epics as "Matador" and "Huset På Christianshavn" and the film-series of "Olsen banden". Erik Balling was born the 19th of November 1925 in the Danish city of Nyborg, as a son of a priest. In 1946 Balling was hired as an assistant at "Nordisk Film Kompagni" - the world's oldest film production company. His talent was soon recognised, and Balling soon had the opportunity to work as a director. His debut as a director came in 1952, with the film: "Vi arme syndere". Balling soon gained a reputation of having good technical skills, and after that film his talent was widely recognised. In 1957 he became head of "Nordisk Film" - the youngest one ever. Balling was mostly famous for his comedies. In his early days he directed Poeten og Lillemor (1959) and Sommer i Tyrol (1964), which were very popular at the time. In the middle of the 1960s Balling tried to chance his style when it came to comedies. At this time the popular James Bond films circled the globe, Balling's next film was inspired by those films, teaming up with Henning Bahs to make the Jamed Bond spoof "Slå Først Frede" (1965), which became very popular in Denmark - so popular it spawned a sequel Slap af, Frede! (1966). This co-work with Henning Bahs was so fruitful that they made many more movies together. This co-work eventually led to film-series of "Olsen banden", which started with Olsen-banden (1968) - and eventually they made a total of 14 "Olsen banden" film, plus a TV series and a movie version where the characters in "Olsen banden" are children. "Olsen banden" was about a small band of small time criminals, trying to become millionaires. "Olsen banden" were not only very popular in Denmark, but also in East-Germany, Poland, Sweden and Norway - especially in Norway and Sweden, who eventually made their own national versions of "Olsen banden", namely the Norwegian "Olsen banden" and the Swedish "Jönssonligan" - Henning Bahs and Erik Balling also helped the Norwegians and the Swedes to write those. In that late 60s and early 70s Balling made the popular Danish TV series "Huset På Christianshavn", which also became the basis for a movie: "Ballade på Christianshavn (1971)". In 1970 Balling produced the very popular Danish TV epic "Matador". More than fifty percent of Denmark's population watched "Matador" in those days. "Matador" was about life in a smaller city in Denmark in the 30s and 40s. Balling was always known for his warm style, when he portrayed humans. Throughout his life, he received many prizes. He was 80 years old when he died the 19th of November 2005.

Beware of the Jönsson Gang

The Olsen Gang on the Track

The Last Exploits of the Olsen Gang