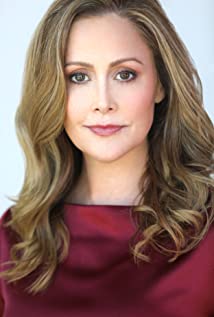 Erica was born and raised in San Diego, California. She grew up dancing with The California Ballet Company and received her BFA in Acting from United States International University in San Diego and her MFA in Acting from The University of Arizona.Los Angeles is her home and over the years she has been in numerous commercials, films and TV shows. She is a member of SAG/AFTRA & AEA as well as a noted spokesperson and host who is an expert in TelePrompTer.Some of her selected television credits are: Scandal (Recurring), This Is Us, Hawaii Five- O, Scorpion, Atypical, American Vandal, Real Husbands of Hollywood, Days of Our Lives, Mad Men, Dexter, Family Time, The Exes, The Young and The Restless, Private Practice, Castle, My Boys, Ghost Whisperer, Men of a Certain Age, Big Time Rush, Three Rivers, Greek, The New Adventures of Old Christine, Drake and Josh and Eleventh Hour.Erica loves to study and practice yoga at Bhakti Yoga Shala in Santa Monica. She has completed 500 hours of Yoga Teacher Training. She also loves to take spin classes at Equinox and Soul Cycle and practice Transcendental Meditation.Erica can be contacted via email, Instagram, Facebook, Twitter, or her website.

A Taste of Romance