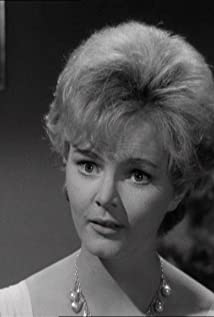 Blonde Erica Rogers was born in Cape Town, South Africa, in the late 1930s and, after local theatrical work, came to London to study at the Royal Academy of Dramatic Arts before opening on the West End stage in "The World of Suzie Wong". Throughout the 1960s, she was a frequent guest star on British television series, particularly The Saint (1962) but returned to South Africa in the 1970s to make numerous stage appearances, including as Margaret Thatcher in the comedy play "Anyone For Dennis?". In 1991, she moved to Los Angeles. She has two children and makes very infrequent character appearances in films.

My Country My Hat

Target of an Assassin

The Spots on My Leopard

The Pure Hell of St. Trinian's