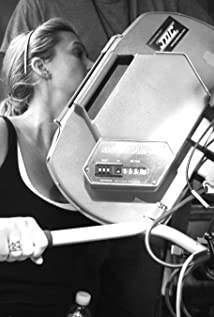 British Writer/Director Erica graduated from Durham University with a Law degree and then went on to spend three years at the National Film and Television School (NFTS) in the UK. She has directed eight features plus commercials, promos and television including the E Network shown "The Royals" starring Elizabeth Hurley and the CW show, "One Tree Hill" starring Chad Michael Murray, Sophia Bush, Hilarie Burton and Nick Lachey. Erica recently directed "Black Eyed Dog" (aka Plastic Jesus.) It stars, Mackenzie Foy (Twilight, The Conjuring, Interstellar), Chandler Canterbury (The Host, Knowing), Hilarie Burton (White Collar, One Tree Hill) and Paul Schneider (Lars and the Real Girl, Bright Star, Parks and Rec) In 2011 Erica wrote, produced and directed the feature 'To.get.her' which was made for $27K and premiered at the Sundance Film Festival 2011 where it won The Audience Award in the Best of Next category. It went on to win the Audience Awards at Sarasota Film Festival and The River Run Film Festival. "To.get.her" was hailed as "One of the smartest films ever seen at Sundance" by This Week. In 2008, Dunton's "The 27 Club" premiered at The Tribeca Film Festival and has subsequently shown at over 20 international film festivals. It stars Joe Anderson (Twilight, Across The Universe, The Divide) and introduced Eve Hewson in her first acting role (The Knick, This Must be the Place, Enough Said). It won, "Best Film, Best Director and Best Script," at The Milan Film Festival, "Best Director" at Savannah Film festival, "Best Feature, Best Actor, Rising Star" at Fort Lauderdale Festival, "Best Feature" at Ojai Festival and "The Gold Kahuna Award" and "Grand Jury Prize" at Honolulu Film Festival. Time Out NY gave the film 4 stars and Variety wrote, "Writer-Director Dunton displays a light touch that with strong emotional impulses that defy social norms." IFC distributed the film theatrically and on demand in the US and worldwide. Dunton's 2006 feature, "Find Love", was an experimental, mainly improvised film that she wrote, directed and produced. It premiered at Slamdance. Variety's John Anderson wrote, "Helmer Dunton comes close to defining the epiphany of erotic connection." The film stars Alexie Gilmore (Labor Day, World's Greatest Dad) Christian Camargo (The Hurt Locker, Dexter) and Craig Sheffer (A River Runs Through it, One Tree Hill). "Find Love" won many awards, including Best Independent Vision at Sarasota Film Festival; Best Actor, Best Director, and Best Script at the Barcelona Film Festival; Best Feature at River Run Film Festival; and also Rising Star Award at Vail Film Festival. Lionsgate's Maple acquired the film for theatrical and DVD rights. Her first feature which she wrote, produced and directed in 2005 was "Red Means Go" and introduced Adam Rayner (Tyrant, The Fix) in a leading role. Erica is the daughter of BAFTA winning cinematographer, camera technician and lens maker Joe Dunton BSC MBE who invented the Video Assist in 1966 and the Super 35mm format in 1981. She shares her father's love of the technical side of filmmaking with her passion for storytelling, acting and cinematography. She has worked and lived all over the globe including Europe, US, Russia, China, The Middle East and Africa.