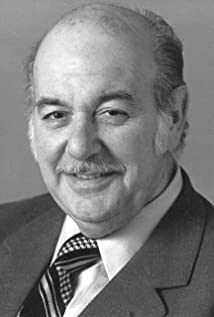 Born in Vienna. Studied at Max Reinhardt School. Early years as entertainer at Reiss Bar in Vienna. Often appeared at still-existing Raimund-Theater. Met wife, Liselotte, on stage in Brno (now Czech Republic). She escaped to London in 1938, he in 1939, where they married that year. Frequent appearances on German BBC during the war. Appeared often on British stage, including "Point of Departure" (with Dirk Bogarde, Mai Zetterling and Brenda de Banzie), "Settled out of Court" (with Nigel Patrick) and "The Threepenny Opera" (with Bill Owen, Georgia Brown, George A. Cooper, Lisa Lee), playing the part of Peachum. Frequent TV appearances, including episodes of The Saint (1962) and The Avengers (1961). Resumed German-speaking career in 1965, starring in "Das Feuerwerk" in Munich (from which the song "Oh My Papa" comes). Among other stage appearances in Germany: "Der Talisman" and "Der Entertainer". Was back in Vienna on the stage, appearing at the Theater an der Wien in musicals, including: "Das Apartment" ("Promises, Promises"), in which he played the doctor (a version of "Raindrops Keep Falling on my Head" was inserted for him to sing), "Billy" (a version of "Billy Liar"), and "Die Graefin von Naschmarkt", in which he starred alongside Marika Rökk. Tales from the Vienna Woods (1979) was his last film. It was directed by Maximilian Schell, and was included in the 1979 London Film Festival. He died durng final rehearsals for his second appearance at the Salzburg Festival, playing together with Schell as the Dicke Fetter (the fat cousin) in the traditional "Jederman" ("Everyman").

Tales from the Vienna Woods

Where the Spies Are