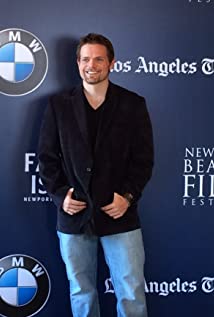 Born a Kentucky native of Scots-Irish heritage on November 17, 1983 - and the youngest of three brothers - EJD moved from pillar to post throughout his life. His fondest metropolitan memories include experiences as a resident in New York, Los Angeles and East London in the UK where he trained at Rose Bruford, London's International Drama School of Theatre and Performance. Possessing an equal love of acting and directing, critics belonging to the Drama Desk and Outer Critics Circle in NYC gave EJD favorable nods in the form of performance reviews for his role as the Ringmaster in 'Barnum' in Philadelphia and as David in the Off-Broadway world premier of Stuart Fail's 'Consider the Lilies' - starring Obie Winner and Tony Nominee Austin Pendleton, respectively. He also acted opposite of 7 time Emmy Award winner Edward Asner in 'Pacific Edge,' directed by the incomparable and indefatigable Maggie Grant - the director he met through his association with Three Roses Players, a North Hollywood based theatre company that housed itself at the Crown City Theatre.