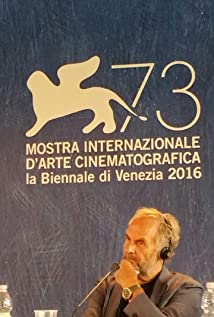 Rome native Enzo Sisti is a veteran of worldwide film production.He's a hard worker and passionate filmmaker with a great experience on Italian and International film sets.From production manager to financial controller, to Completion Bond inc. controller, to production accountant to fiscal representative for foreign companies in Italy, to producer, he has worked on dozens of movies. The shoots have taken place in Tunisia, Morocco, Ireland, Spain, France, Germany, Russia, Sweden, Colombia, Croatia, and all across Italy. Among the many films that Mr. Sisti has worked on are Desmond Davis' original Clash of the Titans; Richard Donner's Ladyhawke; Steven Spielberg's Indiana Jones and the Last Crusade; Renny Harlin Cliffhanger, Terry Gilliam's The Adventures of Baron Munchausen; Martin Scorsese's Kundun and Gangs of New York; and Anthony Minghella's The Talented Mr. Ripley and Best Picture Oscar winner The English Patient.He was executive producer of Anton Corbijn's The American and Mel Gibson's worldwide phenomenon The Passion of the Christ; co-producer of Wes Anderson's The Life Aquatic with Steve Zissou and Mark Steven Johnson's When in Rome; and line producer on Catherine Hardwicke's The Nativity Story and J.J. Abrams' Mission: Impossible III (for the Italy setting of the shooting).As dedicated filmmaker he was, more recently, executive producer on different types of International productions shot in Italy: the Italian segment of the worldwide hit Avengers: Age of Ultron; Guy Ritchie's take on the film version of The man from U.N.C.L.E.; The young Messiah , Ben Hur.His last projects are Wonder Woman as line producer and the production of the first VR Film ever made 'Jesus - the story of Christ' where he got back to Matera, the city where he shot several international productions, starting with the work for Mel Gibson.Enzo Sisti has been also consultant for the preparation of Academy Award winners Giuseppe Tornatore (The Best Offer) and Sam Mendes' 007 Spectre.