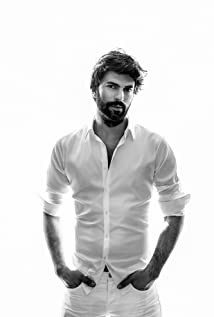 He was born and raised in Ankara. He graduated from Ankara University Department of History.His first TV series was Yabanci Damat. It is first Turkish series exported to Greece, Europe. Yabanci damat is first important success for Turkish series export. It's about love of a Greek man and a Turkish woman. After increasing the number of his fans by this series he shot his first movie "Kader" in 2006. With "Cevat" role in this movie, he won the Modern Cinema Actors and Actresses Association (Casod) "Most Promising Actor", and Cinema Writers Association (Siyad) "Most Promising Actor" Awards in 2006.His next project was TV Series "Karayilan" which was directed by Cem Akyoldas. This series was about the French occupation in Gaziantep and it had the second highest budget for TV Series in Turkey.His first leading role was in TV Series "Bir Bulut Olsam",which was written by Meral Okay and directed by Ulas Inac. His character was "Mustafa Bulut" who gave the series its name.In 2011, he played the male romantic lead Kerim in TV series "What is Fatmagul's Fault?" which was written by Vedat Türkali and directed by Hilal Saral, Hüseyin Tunç, and Ayhan Özen. His performance in this series brought him many awards and he became one of the most popular actors in Turkey. This role also made him one of the most recognized and loved Turkish actors in the Middle East and Latin America.In 2014, he played a character named Tekin in a movie called "A Small September Affair" written and directed by Kerem Deren. In the same year, he came back to the TV screens with Omer character in "Black Money Love" TV series written by Eylem Canbolat and Sema Ergenekon and directed by Ahmet Katiksiz. With this role, he won the Best Actor Award in Seoul International Drama Awards and nominated for the Best Actor category at the International Emmy Awards in 2015.