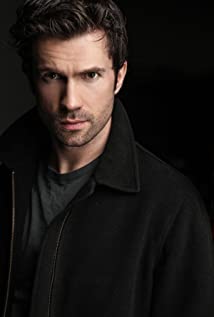 Emmett Lee Stang is a "jack of all trades" and a master of more than you might think. Emmett was born in Guildford, Surrey, UK, and grew up in Canada, and the east coast of the United States. He started playing violin at age 3, drums at 5, piano at 7, guitar at 11, and voice at the age of 15. While in the States, he started a musical career, playing his own brand of brawny rock n' roll, performing over 200 gigs up and down the eastern seaboard while he was still only a senior in high school.Returning to England in his late teens, he rekindled his love of theatre and the classics, while in the meantime joining a local indie/glam/rock band in his native town of Guildford. Back in California, he attended the American Academy of Dramatic Arts, graduating with the honor of the Michael Toma Award, and immediately began working as a repertory actor at South Coast Rep in Costa Mesta (Christmas Carol) (Midsummer Night's Dream). He soon garnered his first two nominations for best actor for his performance in The Devil's Snare from the Terror Film Festival and Eerie Film Festival.Speaking blank verse since the age of 15, he boasts over 20+ soliloquies and monologues from the works of the Bard, noting Hamlet as one of his favorites, he plays the young Dane in Forts of Reason. He has spent time in front of the camera, on stage, including stand up, and is a known impressionist, counting over 50 impressions of well known celebrities, featured notably in Presidential Debate Live. He claims his upbringing is what gave him the best training, growing up in a family of linguists, he speaks English, Spanish, and is broadening his scope with Dutch, Italian, and French. Due to his extensive traveling, he holds three citizenships, and has mastered over 20 dialects in the English language.