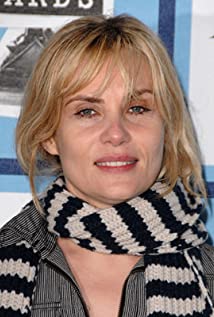 Emmanuelle Seigner is the daughter of a well known photographer and her mother is a journalist. She was born in Paris, France on June 22, 1966. Her grandfather was Louis Seigner, chairman of the Comédie Française and who also appeared in several movies. Emmanuelle was raised at a convent school . At age fourteen she became a model. Her mysterious beauty made her an international cover-model. Jean-Luc Godard gave her a part in his crime movie Detective (1985), starring Johnny Hallyday and Nathalie Baye. In 1986 Emmanuelle played the part of Zanon a young girl in the movie Private Tuition (1986) (by Pierre Granier-Deferre. She met Roman Polanski and married him. He gave her a part in the thriller Frantic (1988) with Harrison Ford. Four years later Polanski gave her the leading part in the movie Bitter Moon (1992).

An Officer and a Spy

A Few Hours of Spring