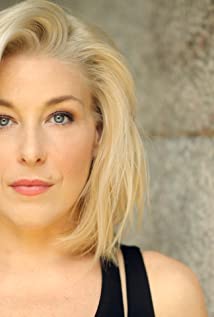 Emma Cooke was born in St Bart's Hospital, London.Her father, Bob Cooke, owns F. Cooke Pie & Mash shop on Broadway Market in Hackney. Emma's great-grandfather opened the shop in 1900.Emma has a younger sister Jane, and younger brother, Robert.Emma when to the Brits school in Croydon when she was 16 to further her interest in drama. She then applied to Webber Douglas Drama School and was offered a place a week before her 18th birthday.After graduating, with honors, Emma got her first professional acting role in ITV's Grafters (starring Robson Green and Stephen Tompkinson). 2 months out of drama school Emma then landed the lead role as Arden Brooks in BBC's 6 part drama Sex, Chips and Rock'n'Roll. Several TV and film roles followed including Agatha Christie's Marple, A is for Acid, Eastenders special Pat and Mo (Ashes to Ashes) with Emma playing a young Pat Butcher.Emma fronts a band called The Modern and in 2005 her band got a recording contract with Mercury Records, Universal. They released 3 singles (2 singles going top 40 in the UK charts) and an album, Life In A Modern World. After touring for 2 years Emma, missing her acting, decided to focus on her first love again. She got a small role in Midsomer Murders and then the part of Reenie Turpin in the prequel to Only Fools and Horses, Rock'n'Chips.Emma is married to Chi Tudor-Hart and has 2 children, Cressida and Lucian.

The Boy in the Dress

A Is for Acid

A Touch of Frost