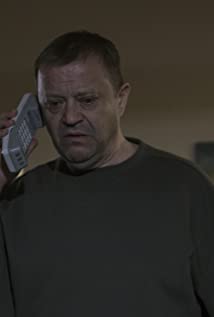 Emir Hadzihafisbegovic was born on 20th of August 1961 in Tuzla, Bosnia and Herzegovina. He graduated acting at the Academy of performing arts in Sarajevo in 1986. From 1989 to 1992 he worked at the Folk theater in Tuzla. The war years he spent (1991 - 1995) in the Army of the Republic of Bosnia and Herzegovina (ARBiH) and Croatian Defence Council (HVO). In 1996 he started to work at the National Theater of Sarajevo. Achieved more than 80 roles in theater and on TV. He is working as the theatre, television and film actor.From 1998 to 2005 he was a professor of acting at the Academy of drama arts in Tuzla and from 2007 to 2011 he was a Minister of Sport and Culture of Sarajevo Canton. He is a member of Bosniak nationalist Party of Democratic Action (SDA). He lives in Sarajevo and Tuzla, he is married and has 2 children.

These Are the Rules

Children of the Sun

The Kids from the Marx and Engels Street