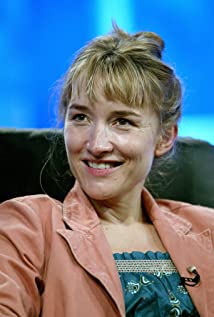 Born in Newcastle upon Tyne Emily graduated from Oxford and trained with a physical theatre company in Paris then went on to a circus school where she learned the trapeze. She combined music, dance, theatre and gymnastics in three one woman shows 'Sex', 'Sex II' and 'Sex III' in which she launched herself from an upright piano onto a flying trapeze. The shows won her a Fringe First Award at the 1992 Edinburgh Festival. With Patrick Marber she wrote her one-woman show 'Revolver'. In addition to performing her shows all round the world she's appeared on radio and television and has written a play for radio. Her television credits include 'Casualty', and 'Middlemarch' while on the big screen she was seen in 'The Full Monty', 'Photographing Fairies' and Velvet Goldmine'.

The League of Gentlemen's Apocalypse