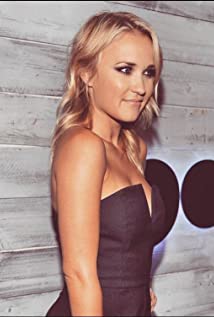 Emily Jordan Osment was born in Los Angeles on March 10th, 1992. She is the younger sister of The Sixth Sense star, Haley Joel Osment. Her father is also an actor of some renown. Following in their footsteps, Emily started her acting career performing in several commercials, including a radio spot with Dick Van Dyke, before making her film debut in "The Secret Life of Girls." The same year she landed a role in the Hallmark film, "Sarah, Plain and Tall: Winter's End," as the daughter of Glenn Close and Christopher Walken. That role led to a nomination for Best Young Actor.After that Emily played several smaller roles for television, which include, "3rd Rock from the Sun," "Touched by an Angel," and "Friends." During this time she also did voice acting alongside her brother and John Cleese, Catherine O'Hara, and Harry Shearer in the short animated-film, "Edwurd Fudwupper Fibbed Big."Finally, Emily landed the much sought after role of Gerti Giggles in, "Spy Kids 2: Island of Lost Dreams." Writer/Director Robert Rodriguez was so impressed by her audition that he made the role longer without even knowing that she was the sister of Haley Joel Osment. She then appeared in the sequel, "Spy Kids 3-D: Game Over."She appeared as a regular on the hit Disney Channel show, "Hannah Montana," in which she played the hyperactive, Lily Truscott, alongside co-stars Miley Cyrus and Mitchell Musso.