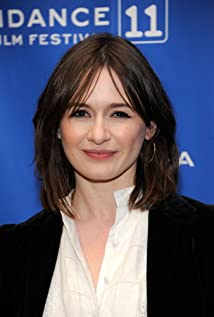 English actress Emily Kathleen Anne Mortimer was born in Hammersmith, London, England, to writer and barrister Sir John Mortimer and his second wife, Penelope (née Gollop). She was educated at St Paul's Girls' School in West London, and it was whilst there she began acting. Mortimer moved on from school to Lincoln College, Oxford University, where she studied English Literature and Russian, and spent two terms at the Moscow Arts Theater Drama School, studying acting.While appearing in an Oxford University student production, Mortimer was spotted by a TV producer who cast her in an adaptation of Catherine Cookson' s The Glass Virgin (1995). She made her feature film debut in 1996 alongside Val Kilmer in The Ghost and the Darkness (1996). Roles in various projects have followed, including Elizabeth (1998), Love's Labour's Lost (2000), Match Point (2005), Lars and the Real Girl (2007), Shutter Island (2010) and Hugo (2011).During the making of Love's Labour's Lost (2000), Mortimer met her husband Alessandro Nivola. The couple have two children, Samuel and May.

Write When You Get Work

The Sense of an Ending