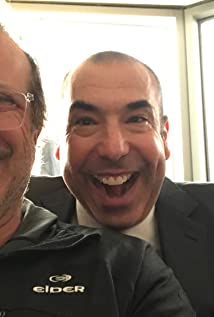 www.emilelevisetti.com Emile Levisetti has been producing and directing television for over 20 years. Most recently he has directed episodes of Suits, Shadowhunters and Wrecked. He served as Producing Director in Australia for 6 months on the SyFy series Hunters. He has directed multiple episodes, including Season Premieres and Finales, on hit shows like Royal Pains (USA), Bones (FOX), Covert Affairs (USA), The Glades (A&E), Castle (ABC) and Hit the Floor (VH1). Other credits include Lie to Me (FOX), The Librarians (TNT) and Army Wives (Lifetime). Emile's history in the Industry started in Comedy and he very much enjoys working in that arena. He has helmed both multi and single camera comedies; In Case of Emergency (ABC) Surviving Suburbia (ABC), Rita Rocks (Lifetime) and most recently Mech X-4 for Disney XD. Levisetti''s television career began in Comedy Development at 20th Century Fox Television where he was involved in the development of: Family Guy (FOX), Yes, Dear (CBS), King of the Hill (FOX), Dharma and Greg (ABC), Futurama (FOX), Titus (FOX), 2 Guys, a Girl and a Pizza Place (ABC) and Stark Raving Mad (NBC). Levisetti went on to run the Television Department for Industry Entertainment and later his own banner, Bushwacker Productions. In all he went on to develop and Exec Produce over 150 episodes of Prime Time television. Most notably: Hope and Faith (ABC), starring Kelly Ripa and Faith Ford, Haunted (UPN) starring Matthew Fox and Russell Hornsby, The Education of Max Bickford (CBS) starring Richard Dreyfus, In Case of Emergency (ABC) that he got Jon Favreau to direct and starring David Arquette, Kelly Hu, Lori Loughlin, Jonathon Silverman and Greg Germann as well as Nightlife (FOX), that he got Zach Braff to direct. A Chicago native, Levisetti grew up on the campus of the University of Chicago and went on to graduate from Cornell University. Levisetti is fluent in both French and his father's Italian and holds Passports, and Dual Citizenship, in the USA and Italy.