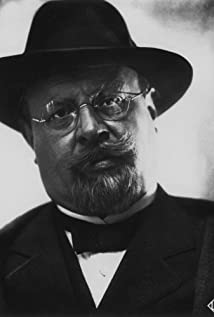 His real name was Theodor Friedrich Emil Janenz, and in the early 1900s, he was already working in the theater under Max Reinhardt's company. Important movies where he defined himself as a convincing actor were Passion (1919) and Quo Vadis? (1924), followed by The Last Laugh (1924)(aka The Last Laugh) in 1924 and Variety (1925) (aka Variety) in 1925. In 1928, he became the first male leading actor to receive the academy award for The Last Command (1928) directed by Josef von Sternberg. In 1929, Stenberg directed him in his world famous movie The Blue Angel (1930) (aka The Blue Angel) co-starring the young Marlene Dietrich (her first role). Later on, he concentrated on theater and dedicated his acting skills to the Nazi regime and also took part in the realization of Uncle Kruger (1941) in 1941, an expensive anti-British film production. When the Second World War ended, the US government cleaned his image, and he converted to catholicism. He played in a few more German movies, but his career never recaptured its brilliance.