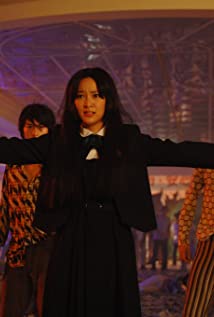 Born in Nagoya, Aichi Prefecture Takei Emi was born on December 25th 1993 and went on to become a model, singer and actress. While at junior high school she determined to become a fashion model and informed her parents. She entered the annual 11th Japan Bishojo Contest in 2006 and won it. She appeared in the November, 2006 edition of Seventeen magazine, signed an exclusive contract with them in 2007 and appeared on a cover in February. She appeared in a TV serial in 2008 and expanded from there. She also took the familiar route of both becoming a singer and promoting corporate products in Japan. She married fellow singer and actor Takahiro (of Exile) in 2017. They were reported to be dating since 2015, which both actors' managements had officially denied. The two had co-starred in Senryokugai Sosakan. She was pregnant at time of marriage. Takei Emi is represented by Oscar Promotion, which charged her for "damages" for not acting and making money upon pregnancy and marriage.