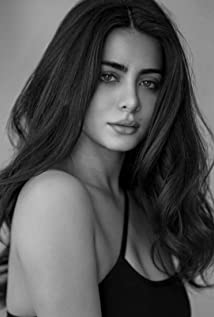 Mexican-Lebanese actress Emeraude Toubia, whose first name means "a stone the color of beauty and love", is one of the most-watched up and coming talents in the industry today. Raised in Brownsville, Texas, Toubia is currently starring in the hit Freeform series "Shadowhunters". After her first season on the Teen Choice winning show, Emeraude was nominated for a Teen Choice Award for "Choice Sci-Fi TV Actress". "Shadowhunters" just wrapped airing its second season and has been renewed for a third."Shadowhunters" is based on the bestselling young adult fantasy series, The Mortal Instruments, written by Cassandra Clare. Toubia plays 'Isabelle Lightwood,' a Shadowhunter-human-angel hybrid who hunts down demons - a drop dead gorgeous trained fighter in heels.Prior to making the permanent move to Los Angeles, Toubia was raised in a diverse household that immersed her in the best of both Mexican and American cultures. At the age of five, she started to professionally train in classical ballet, flamenco, lyrical, and belly dance. At only fifteen years old, Toubia's love for the stage led her to compete in a series of pageants.As a result of her multiple wins and success in pageants she went on to star in many commercials. Additional credits for Toubia include hosting for a national-cable network and starring in both youth and primetime telenovelas for various Latin American markets.When she is not working, Emeraude has a huge place in her heart for charity and regularly volunteers for a handful of non-profit organizations including: Toys for Tots, Make-a-Wish Foundation, and leads the "Queen for a Day" program at her hometown's children's hospital.